The future of the Crimea Platform

The Crimea Platform launched by Kyiv last year attracted great media attention across the globe. Despite this, practical steps must be taken to keep the issue of Crimea’s sovereignty on the international agenda. 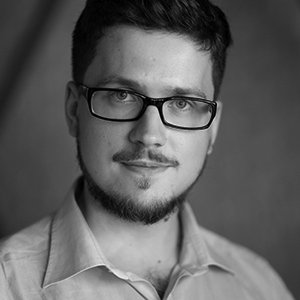 Launched last August, Ukraine’s Crimea Platform has become a new international format aimed at countering Russia’s attempt to illegally annex Crimea. This move called into question the basic tenets of the international legal order established following the end of the Cold War. As a result, the issue of restoring Ukrainian sovereignty over Crimea is not only of interest to Ukrainian policy, but is also an important task for those countries that wish to re-establish the “strength of law” rather than the “law of strength”.

Against a backdrop of increasing Russian aggression, whatever form it may take, the question of a coordinated and unanimous international response is becoming increasingly important. Although much of Russia’s aggression is currently concentrated on Ukraine’s eastern borders, Crimea remains an important issue in the wider conflict. Attempts by the Kremlin to eliminate the problem of Crimea’s illegal annexation at the international level have not met with success. Indeed, the illegal annexation is still not recognised by the majority of free countries in the world. Ukraine and its partner countries are closely monitoring the build-up of military forces on the occupied peninsula, further human rights abuses, and persecution against the indigenous Crimean Tatar population. The platform has been running for almost five months, so it is now possible to analyse the project’s success and where it may go in the future.

Where we started
The promising platform was first presented by President Volodymyr Zelenskyy in autumn 2020. Addressing parliament with his annual message, the president said that the creation of the Crimea Platform would return the issue of the peninsula’s occupation to the international agenda. Kyiv officials then discussed this topic at the highest level with partners from the United Kingdom, Canada, Turkey and the EU.

The first forum was then held on August 23rd 2021. The Crimean Declaration was signed in the presence of representatives from 47 states and international organisations. This ultimately laid the foundations for future fora. In addition to the main meeting and programme speeches, the forum also included a series of behind-the-scenes talks that involved various regional associations and interest groups. This exemplifies the effectiveness of the summit, as it was able to expand discussions to numerous topics despite its narrow agenda and become a practical tool for Ukraine’s partners.

At the inaugural event, four dimensions were presented in which the platform will operate. These dimensions include heads of state and government, foreign affairs ministries, parliaments and experts.

Of course, the Kremlin was furious that the event went ahead. From Moscow’s point of view, the new initiative amounted to an “attack” on Russia’s national interests and even its territorial integrity. Russian Foreign Ministry Spokesperson Maria Zakharova published a statement in March 2021 criticising the initiative: “All Kyiv’s efforts to return Crimea to Ukraine are illegitimate and cannot be perceived as anything other than a threat of aggression against two regions of the Russian Federation.” Moreover, the country’s foreign ministry also declared that Moscow would consider participation “as an unfriendly move with regard to the Russian Federation and as a direct encroachment upon its territorial integrity.” Foreign Minister Sergey Lavrov went even further, comparing the summit to a “sabbath” held by witches.

Although Russia clearly remains opposed to the platform, it had in some cases altered its approach. Moscow initially took the position that “it would not rule out participating” in future meetings. According to Maria Zakharova, Russia may participate if the agenda includes the resumption of water and electricity supplies from mainland Ukraine to Crimea and the unblocking of transportation routes to the peninsula. It is difficult to say whether Moscow’s involvement in the format would be effective or destructive. However, such “peaceful” statements promoted by Russia did not result in any real change.

Expert network: a way around everything
Even before the official start of the project, an expert network was already building a community of international experts interested in a wide range of issues concerning Crimea. In addition to a series of presentations and roundtables, the international group of more than 180 experts created a large information database. This encyclopedia of expertise contains analytical materials collected from Ukrainian civil society concerning all eight years of occupation.

On August 6th, the expert network was able to hold a presentation forum and officially start its work. Of course, the event itself appeared rather modest compared to the key event that took place at the end of August. However, the group was not intended to compete with this higher level of discussions. A large number of embassies and international organisations expressed immediate interest in the network following its creation. Overall, it appears that this group may become the most inclusive part of the whole project.

What should the expert network do? In an ideal scenario, it will become the “brain” of the Crimea Platform, with all decisions made at the highest level influenced by the group’s analysis and work. As the network will be international in nature, its proposals and analysis will be based on global experience and include the interests of all stakeholders. In addition, foreign experts will be able to directly influence their own governments with the proposed analysis. This will only strengthen coordination and co-operation on a number of complex issues at the initiative’s higher levels.

Currently, the Crimea Platform Expert Network continues to build its own geographical network of co-operation. All work within the network is carried out in several key thematic areas, such as sanctions and non-recognition policy, human rights, cultural and historical heritage, economic and environmental problems, and humanitarian issues. Each of these areas is made up of a dedicated working group of Ukrainian and foreign experts.

Plans for the future
The summit overall proved to be a success and further press and expert interest has helped the platform remain in the spotlight for some time. However, you must keep working after such success in order to produce results and prove your worth. The first difficulties related to the forum appeared soon after the end of the first meeting. Activity is currently visible only in two of the Crimea Platform’s four dimenions (ministerial and expert). The Crimea Platform quickly became more of an idea than an actual instrument. Naturally, this runs contrary to the forum’s original purposes and goals.

The format should continue to grow with new content. Yes, the summit was extremely successful and Ukraine has managed to recruit an unprecedented number of partner countries in its attempt to return the issue of Crimea to the international agenda. But this success must be maintained well after the summit.

However, it should be understood that Ukraine is ultimately playing the long game. Kyiv knows that it is unlikely to see quick results in this format. Diplomatic manoeuvring and real long-term strategies involving all dimensions of the platform will likely result in success in the medium term. Though what strategy should Ukraine pursue in the long run?

Ultimately, the Crimea Platform should seek to transform itself into a more formal organisation. The forum must become an established group, complete with a statute, executive bodies and advisory functions connected with partner governments and organisations.

From this author’s point of view, this strengthening of the Crimea Platform’s independent role as an international forum for joint statements, projects and initiatives is the best way forward for the body at this time. It should not be limited by the framework of any international organisation and its rules, thus maintaining flexibility and adaptability with regards to the region’s uncertain circumstances.