With the world economy keeping its demand for oil and gas high and lacklustre efforts to stimulate ‘green’ alternatives, Russia manages to advance some of its military and economic modernisation despite the continuation of the West’s sanctions regime.

Russia goes on the offensive and implements new measures to project its power and influence over immediate neighbours once again. Amid tension over the Eastern Partnership, it provokes yet another conflict that undercuts ambitious plans for association and integration with the EU.

While the political leadership in Russia remains the same, the onset of crises within NATO and the EU presents a window of opportunity for Russia to exploit the weaknesses of its European neighbours. Moscow manages to fully benefit from the completed North Stream 2 pipeline project. Next, Russia focuses attention on expanding its economic position by acquiring several strategic sectors of the economies of Eastern Partnership and the EU countries.

At the same time, tensions with the leaders of specific EaP countries trigger a tough response designed to demonstrate Moscow’s willingness and capacity to further control the region. The method differs in Belarus since it benefits from major gas and oil transit fees from exports to EU member states. Due to the ongoing tension over energy transit profits, Russia deploys military personnel to provide security for infrastructure and expands their mission to include other strategic locations throughout the country.

Henceforth, Minsk finds its room for manoeuvre reduced by its unilateral relations with Moscow and its European direction comes under even more strict political control from its neighbour, thereby suspending its ability to engage with the Eastern Partnership.

Elsewhere, Moscow maintains financial links to the political elite and succeeds in incentivising or threatening governments to align with Russian interests.

In effect, EaP economic integration becomes a tool for building up Russian influence vis-à-vis the EU, through oblique corruption and more generally, undermining the European integration project by maintaining frozen conflicts and sponsoring fringe political groups that destabilise the political scene within EaP and Western countries.

As a consequence, some of the Eastern Partnership countries will see division (Ukraine) and polarisation (Moldova), as attempts at power-sharing break down and the economies struggle to sustain themselves, while others will experience direct dependence and struggle to avoid close integration with Russia (Belarus). The Belarusian president’s departure from the stage reinforces Russian domination elsewhere. In the Caucasus, Armenia and Azerbaijan rely on a Russian diplomatic initiative to manage their conflict. Georgia struggles to preserve a close bilateral relationship with the US, but a steady American withdrawal and ambivalence within the Georgian ruling coalition leave the door open for only greater Russian interference and pressure.

Within the EU, Russian minorities are no longer safe from Kremlin interference, using its narratives and disinformation to decrease confidence within societies. In the digital sphere, coordinated cyber attacks targeting member states and other security threats make the EU become increasingly feeble and disorganised in its response to the onset of hybrid threats.

Over the next decade, the illiberal trend in the Visegrad region carries forward, which results in fewer advocates within the EU in favour of deepening cooperation with the EaP countries. Moreover, national and Euro-sceptic forces grow and outflank the traditional European political families, making consensus-building within the institutions much more difficult to achieve.

While climate change becomes a main priority, conflict and disagreement over funding create serious obstacles in pursuing common policy priorities. The increased divergence between EU member states also raises pressure on some to search for an exit from the Union. Meanwhile, China’s growing presence will seek to exploit a fragmented Europe and aspire to a more dominant position beyond the 2030 horizon. While China builds up its economic presence all across Europe, Beijing refrains from any political intervention in the EaP countries, the result of an accord with Moscow. Turkey pursues a partnership with Russia in multiple fields, thereby upsetting the NATO alliance.

By 2030, Russia asserts its hegemony and the EU appears too feeble to engage with the Eastern Partnership countries and make them an attractive proposition. With Moscow holding leverage over the future shape of Europe, this is a reversal in progress in terms of political security for Eastern Europeans. Eventually, the region loses confidence in pro-EU leaders and accepts greater dependency on Russia. 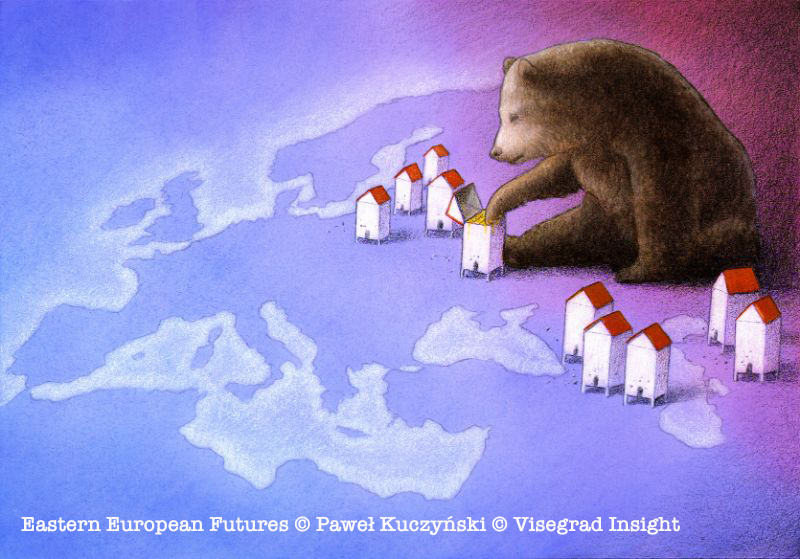 The unresolved Nagorno Karabakh conflict with Azerbaijan continues to impose a heavy burden on Armenia. Given the risk of renewed hostilities, Armenia remains dangerously over-dependent on Russia for security, undermining its commitment and capacity for sustained reform. The frozen conflict offers Russia a unique position, as the primary arms provider to both sides, and as a unilateral power to either provoke an escalation or to pressure a settlement of the conflict. This privileged position allows Russia to leverage the past to limit the future for Armenia. Either, with resumed fighting or with continued diplomatic deadlock, Moscow remains the central mediator. In the event of a resolution, Russia will be critical to maintaining equilibrium.

The unexpected strengthening of Russia in the global arena and increased indifference of Europe towards South Caucasus deals a serious blow to the sovereignty of Azerbaijan and other post-Soviet countries in the region. Faced with new Russia-led provocations in the Karabakh contact line, Baku gives in to the pressure and replaces some of its key ministers and officials with Kremlin-friendly people. With a sharp decline in oil production and a pronounced economic crisis, Azerbaijan agrees to join the Eurasia Economic Union (maintaining a special status that would exclude direct trade relations with Armenia). Because of growing public discontent over the poor economy and rising unemployment rate, the administration tightens its screws on free speech and independent media.

Russia forces Belarus to secure internal political stability at any cost. The country has little space for manoeuvre due to greater dependency on Russia in economic and military spheres. Here, civil society does not have enough influence to support the disintegration of the state in case of a fast-developing power vacuum. The EU is very reluctant to support Belarus by anything more than political declarations, once Russian elites make an effort to gain complete control over Belarusian strategic points. Since Russia continues to increase prices of energy resources and cuts access to the Russian market, the government of Belarus inevitably cuts social benefits and raises taxes, decisions that fuel social unrest.

Whether intentionally or otherwise, the Eastern Partnership does not succeed in addressing the main challenge which threatens the very existence of Georgia – the Russian occupation and the permanent threat of military escalation that it entails. NATO remains an absolute priority of Georgian foreign policy but the EU’s passive stance on Georgia regarding regional security creates tension within the Transatlantic relationship. In response, Georgia may further strengthen a bilateral strategic partnership with the United States, to offset the Russian threat. Without the EU foreign policy framework, the United Kingdom also develops a more independent and bilateral policy towards Georgia.

The strengthening of Russian influence in Moldova backed up by some political parties and their leaders, creates a certain discomfort within the EU, given the support offered by the Union to Moldova for advancing economic integration and political association of Moldova with the EU. A lack of good governance and low level of democracy, increased corruption at all levels, lead towards the subversion of Moldova’s sovereignty and territorial integrity. The settlement of the Transnistrian conflict is artificially prolonged. At the same time, the high concentration of state power in the hands of a small oligarchic group affects the entire economic, political and social development of the country.

A stronger Russia and the absence of Western deterrence lifts up pro-Russian parties in Ukraine, who may have a chance again to obtain key positions in the parliament and the government. However, this also gives impetus to the opposition for becoming more vocal and radicalise its stance. Nationalist parties grow in popularity, especially in the west of Ukraine. This results in domestic tensions between pro-Russian and nationalist forces and similar developments in the region. Political instability and the lack of a political consensus makes the country less attractive for investors. Russia benefits from capturing strategic enterprises and assets and thus causing even deeper integration with Russia-propelled regional initiatives.