Kremlin may use Belarusian army in the military confrontation with NATO 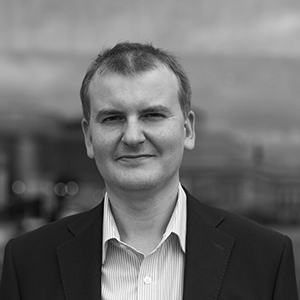 The leader of Belarus Aleksandr Lukashenko has made statement on the current geopolitical situation in Eastern Europe.

In his meeting with the high military officials he noted that Belarus would stand by one side in the Great War in Eastern Europe in the near future.

“The West knows very well that if war happens in the Donbas region and at the border areas of Russia, Belarus will not be excluded”, Lukashenko said.

Of course, he means that Belarusian army will stand by the Russian army in the military confrontation with Ukrainian and NATO forces.

– Mr Khylko, we know that Belarus mainly shares similar ethnic, cultural and religious ties with both Russia and Ukraine. However, the current situation in Belarus indicates that the  Lukashenko regime seems not to be neutral and stand by one side in the Russian-Ukrainian conflict. Please tell us, what reasons make Lukashenko to take the similar side with Russia in the attitude towards the West? Do you think that Belarusian army would take part in the large-scale military confrontation between Russia and NATO in eastern Ukraine?

– After Lukashenko completely destroyed relations with the West, his power in Belarus depends entirely on the political and economic support of the Kremlin. So, on the one hand, Lukashenko has to fulfil all the demands of Moscow, including participation in the anti-Ukrainian propaganda, and on the other hand, he tries with his aggressive statements to earn points in the eyes of Putin, to then convert them into some kind of reward, including the credits. The Kremlin is pressuring Lukashenko to expand Russia’s military presence in Belarus, and Lukashenko is unable to resist, as he did a few years ago when he refused to deploy a Russian military air base in Belarus. But Lukashenko does not want to make his dependence on the Kremlin so evident, including in the eyes of the Belarusian generals, so he is trying to create an illusion, as if it is his own initiative to invite Russian troops to Belarus because of a fake “Ukrainian threat”.

In addition, Lukashenko also wants to flatter Putin because the draft constitutional reform prepared by Lukashenko’s team is not at all what the Kremlin expected. Instead of the promised transit of power in Belarus, this reform will consolidate Lukashenko’s lifelong power as chairman of the All-Belarusian People’s Assembly. To sweeten this unpleasant news for Putin, Lukashenko is demonstratively aggravating relations with Ukraine.

If a large-scale military confrontation between Russia and NATO or Ukraine does take place − I very much hope that it will not happen − the Kremlin will use Belarusian troops as its own. Belarusian army is a part of the Regional Group of Forces of Russia and Belarus, which should be formally led by Lukashenko in wartime, but in fact they will be led by Russian generals.

– What serious consequences will the Lukashenko regime face if he involves his country in Russian intervention in Ukraine?

– Potential participation of Belarus in the Russian aggression against Ukraine will finally destroy the remnants of Belarusian sovereignty and statehood, because in that case Belarus will get under actual control of the Russian military. Lukashenko must understand that after that he will lose his actual power in the country.

Even if Minsk helps Russia in its aggression against Ukraine not through direct use of forces, but in any other way, it will destroy bilateral economic cooperation, which is very beneficial for Belarus. Ukraine is the second largest trading partner of Belarus, with a large positive trade balance for Belarus.

– What do Belarusian people think about the possible participation of Belarus in the military confrontation between Russia and NATO?

– According to independent polls, such as those conducted by Chatham House, most Belarusians are in favour of good relations with both Russia and the countries of the European Union which are simultaneously members of NATO. I am sure that Belarusian people do not want to be involved in the confrontation between Russia and NATO. But Lukashenko has repeatedly shown that he does not care what Belarusian people think.

– Do you think that the Russia-Belarus alliance could resist NATO forces?

–  NATO forces are not going to attack either Russia or Belarus, so the latter will not have to resist them. The question is quite the opposite − whether NATO forces will be able to deter a potential attack by Russian ground forces on the Belarusian-Polish and Belarusian-Lithuanian borders. Numerous military simulations indicate that in the event of a rapid advance of Russian troops in the Suwalki region, sandwiched between Belarus and Russia’s Kaliningrad exclave, NATO’s main forces will not be able to arrive in time and the Baltic states may be cut off from Poland.

But I doubt that the Kremlin will dare to launch such an attack, because Moscow is well aware that such a victory would be temporary and “Pyrrhic.” The Russian army is strong enough to defend the territory of the Russian Federation − which no one intends to attack anyway − or to create problems for some small and weak countries. But Moscow will not dare to face the entire NATO military machine directly, because in a longer campaign it would be a catastrophe for Russia.