Whither US-Ukraine relations during a Biden presidency?

The United States is among Ukraine’s key foreign partners and one of the main providers of substantial political, economic and military aid. Ever since Russia’s aggression in 2014, the US has been a staunch supporter, both in word and deed, of Ukraine’s sovereignty, territorial integrity and security, as well as the implementation of democratic reforms. 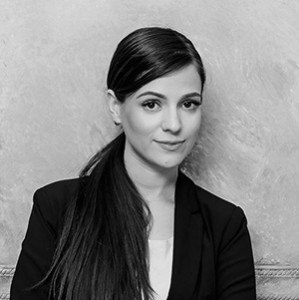 This is constantly mentioned in the main strategic national documents of Ukraine, including the most recent Strategy of National Security, adopted in 2020, where relations with the US have been dedicated a special status.

Nevertheless, the bilateral dialogue hit a bump in 2019 when Ukraine was dragged into the centre of a US domestic political battle. Then President Donald Trump faced impeachment charges following a phone conversation with Ukraine’s President, Volodymyr  Zelenskyy, in which Trump urged the Ukrainian leader to investigate corruption-related allegations against the Biden family. After this awkward episode, the victory of Joe Biden in November 2020 was welcomed in Ukraine as a turning point to more predictable diplomatic ties and a good omen for strengthening the bilateral relationship.

Biden is considered a highly experienced diplomat and very knowledgeable on Ukraine, taking into account that he served eight years as vice president during the Obama administration. During that tenure Biden was the point person on Eastern Europe and particularly on Ukraine. Back then he largely focused on the reform agenda in Ukraine, including the establishment of an independent anti-corruption bureau. Moreover, since 2014, Biden has been committed to Ukraine’s defence against Russia. Externally, he has pushed for firm support in consolidating international opposition to Russia’s annexation of Crimea and the military intervention in Donbas. Consequently, Biden knows Ukraine better than any of his predecessors in the Oval Office.

Although most diplomacy hinges on the US State Department and on chief appointments of those responsible for Ukraine’s policy (including the position of the US ambassador to Ukraine that is currently vacant), a Biden presidency is generally anticipated to be much more active with regards to Ukraine and regional affairs. First and foremost, we should expect a Biden presidency to be much more vocal in relation to Russia and in condemning the Kremlin’s aggressive actions in Ukraine. Biden already pinpointed Russia as “the biggest threat” to the US. In contrast to Trump, Biden shares no sympathy towards Vladimir Putin, has no illusion of any change in Russian behaviour and clearly understands the challenges posed by the Russian activities in the broader region.

Thus, it is highly expected that Biden will maintain the US’s military support to Ukraine. The US Senate has already voted to overturn Trump’s veto of the annual defence bill that followed a House vote earlier in late December 2020. The bill grants 250 million US dollars for the Ukraine Security Assistance Initiative, including $75 million for lethal assistance to support Ukraine against Russia’s aggression. According to Biden’s statements during the election campaign, military support will continue to include weapons, although numerous sceptics pointed to Obama’s reluctance to provide Ukraine with significant military assistance during the time Biden was vice president.

The military backing might even be increased during Biden’s presidency alongside a tougher stance against Moscow. As one of the initiators of the US sanctions against Russia, Biden could seek to further deter Russian behaviour in Ukraine and in the wider region (including Belarus, Moldova and the Black Sea region). Thus, the incoming president might be a harbinger of improved US-Ukraine co-operation which, in turn, could contribute to cementing regional security. This would persuade Ukraine’s political landscape and citizens to commit more to transatlantic structures and continue its alignment with the West.

In addition, Biden is known for his track record of promoting the US’s role in Eastern Europe and his overt support for NATO’s enlargement. Yet, with respect to Ukraine’s aspirations to join NATO, Biden’s stance is likely to remain in line with the former Obama administration, which was characterised by caution and restraint. Against this backdrop, strengthening the US-Ukraine Charter on the Strategic Partnership should become, at least for the near future, one of the cornerstones of the bilateral relationship.

Furthermore, Ukraine expects to have more solid institutional co-operation between the two countries at other levels as well (namely, in economic and political spheres). Yet, this co-operation will largely depend on Ukraine’s commitment to reforms. Delaying the fight against corruption will probably face “zero tolerance” in Washington, which will antagonize some of the political actors in Ukraine seeking to reverse anti-corruption initiatives or hinder juridical reforms. Failure to address these pressing issues might bear high cost for Ukraine, and this time – recalling Biden’s remarks to the Ukrainian Verkhovna Rada in 2015 – Ukraine cannot afford “to lose hope again”.