QUICK ECONOMIC REFORMS AND FIGHTING CORRUPTION – ARE THESE A PRIORITY FOR THE NEW GOVERNMENT?

The new government’s programme includes ambitious but realistic goals and fills in the gaps of the presidential and parliamentary election campaigns. The Servant of the People Party in the parliament demonstrates tentative signs of absence of firmness, after a couple of months of having supported all initiatives without reservations. For achieving fast and tangible results […] 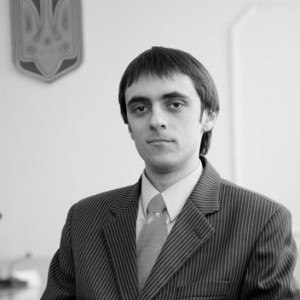 The new government’s programme includes ambitious but realistic goals and fills in the gaps of the presidential and parliamentary election campaigns. The Servant of the People Party in the parliament demonstrates tentative signs of absence of firmness, after a couple of months of having supported all initiatives without reservations. For achieving fast and tangible results in the economic sphere, the government should improve communication with the parliament and society and introduce a systematic approach to reforms instead of ‘scrappy’ measures.

After the 2019 presidential and parliamentary election campaigns, which were characterised by absence of details from the side of Volodymyr Zelenskyy and his Servant of the People Party, now it is time to respond to voters’ expectations, which were high. The economic numbers are coming in with the new government programme, which is filling in the gaps of the election campaign. Among the main directions of their work, the government prioritised development of human capital and economy, European integration, security, and increased comfort of life of citizens.

The new team has already made the first steps for fighting corruption and delivering economic reforms, but society requires tangible and fast results. December 31, 2019, is a symbolic date for presenting achievements, as one year ago on the New Year’s Eve, President Zelenskyy launched his election campaign.

Disappointment with the slow progress of reforms, especially the fight against corruption, was a key reason for the breakdown in the popularity of the former president, Petro Poroshenko. Fighting against corruption was one of the main messages of Zelenskyy’s election campaign. The most popular slogans were: ‘Spring will show who stole where’ and ‘When spring comes, we’ll start planting’, using a homonym in Ukrainian for making arrests.

Cancellation of immunity for members of the parliament has been a very popular promise in all election campaigns in Ukraine. Nowadays this election promise is partially accomplished. In September, the Ukrainian parliament supported an amendment to the Constitution abolishing parliamentary immunity. The law should enter into force on January 1, 2020. Also it is worth mentioning the restarting of anti-corruption bodies and replacing of the head of the Security Service of Ukraine and prosecutor general. There are also numerous rumours about willingness to arrest some top officials. Several odious individuals have already been arrested, but nobody will guarantee whether their cases will be brought to a logical conclusion.

By November, both the government and the president have presented their first vision for reforms. The government announced their five-year plan on September 29, 2019, which contains 78 goals in all spheres of relevant ministries, with clear indicators and a results-based management approach. Additionally to the government programme, on November 9, 2019, the president signed a decree ‘On Urgent Measures for Reforms and Strengthening the State’, which contains measures aimed at pursuing structural economic reforms, introducing additional mechanisms to accelerate socio-economic development, improving well-being of the population, ensuring harmonious development of the regions, implementing European living standards, and strengthening the state.

Regarding economic issues, the situation is a bit different. Usually voters have social rather than economic expectations. Therefore, the government plans a 40% growth trend in the economy, creating one million new jobs, attracting USD 50 billion in foreign direct investments, and raising the living wage to USD 175. The government also aims to ensure that household utility costs do not exceed 15% of incomes.

Financial and economic goals within the new government programme are quite broad:

The top priority announced by the government is fighting against unemployment. It should be done by liberalising labour laws, simplifying the hiring and dismissal of workers, and encouraging employers to create new jobs. The unemployment rate in Ukraine should fall by half ‒ down to 5%. There are also plans to introduce electronic training and job search systems. Some 90% of the unemployed will be partaking in employment programmes.

A crucial point of economic development is the establishment of a land market in Ukraine, whose launch is scheduled for October 1, 2020. Land reform should be beneficial to farmers who plan to continue leasing land; mechanisms to support farmers via loans with rates that will not exceed the inflation rate will be launched. The land reform is among the most challenging ones for the government because of radical political rhetoric, opposition in the parliament, and lack of unanimous support in society.

Next year, the government is expecting to start three-year budget planning cycles, to make the state finance system more predictable. Tax burden should be reduced, tax payments should take less time, and taxpayer disputes are expected to be resolved mainly in pre-trial procedures. The government has set as a goal that Ukraine should become one of the top 25 countries with the simplest conditions for paying taxes. The share of state-owned banks in the banking market ought to be reduced by more than half ‒ to 20%; loan interest rates will be reduced too and partial loan guarantee fund for businesses will be created.

The share of government debt to GDP should drop to 40% from the current 60% and Ukraine’s credit rating should rise to level ‘A’ (currently, Standard & Poor’s rating agency has it at ‘B’ after a recent increase). As a result, the state will spend significantly less on debt servicing than at present. It also wants more than half of the state debt to be in hryvnia, and not in foreign currency as it is now. Budget deficit will be reduced to 1.5% of the GDP in 2024.

Significant emphasis is placed on the sector of state enterprises. More than 1,000 unprofitable state enterprises from all sectors will be closed. All strategic state-owned companies will be transferred to a newly created National Welfare Fund. Due to large-scale privatisation, the state’s share in the economy should be reduced to 5%.

The Ukrainians’ biggest demand is to improve infrastructure. The government plans to reform Ukrainian Railways, ‘Ukrzaliznytsia’, and allow private companies to use the Ukrainian railway system as operators. Over the next five years, it is expected to repair 24,000 kilometres of national roads. The plans in the aviation sphere include the reduction of plane ticket costs in Ukraine to the level of average European prices. The aim is also to nearly double the number of low-cost routes.

This short overview of government plans shows that economic reforms are a real priority for the new government. The governmental programme is built in a different vein than the previous ones, and includes a list of goals and key performance indicators (KPIs) for all ministries, even though it looks like scraps of the most urgent measures in all areas. The plans meet the requirements of the voters, but the serious challenge on this way is the implementation of the first goals by the end of 2019 and during 2020.

The budget for 2020 demonstrates the priority areas for the new government. Although the government has a variety of goals and clear KPIs, people are not willing to wait for a long time for the living standards to be improved. From the first days, the newly elected parliament supported presidential and governmental initiatives via a so-called ‘turbo-regime’ when many decisions have been adopted at a very fast speed without proper discussions. Nevertheless, the situation has changed in a couple of months and the Servant of the People Party does not demonstrate firmness, which could slow the execution of the government’s plans. Therefore, the main recommendations are in the area of proper implementation and communication of the new government’s programme. For achieving long-lasting effects in fighting corruption and implementing quick economic reforms, it is necessary:

Publication “Ukraine: Great Expectation” is prepared within the project “Ukraine Elections in Focus”, supported by the Black Sea Trust, a Project of the German Marshall Fund of the United States. Opinions expressed in this publication do not necessarily represent those of the Black Sea Trust and its partners