What Does Volodymyr Zelenskyi’s Victory Say About Ukraine?

Zelenskyi’s landslide victory is a vote for change. It also exposes Ukraine’s vulnerability and the deficiency of reforms. Zelenskyi’s voters united against the old system rather than around a common agenda about how to bring about change. 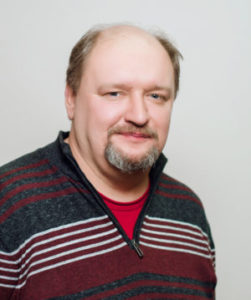 Zelenskyi’s landslide victory is a vote for change. It also exposes Ukraine’s vulnerability and the deficiency of reforms. Zelenskyi’s voters united against the old system rather than around a common agenda about how to bring about change.

Expert of “Ukrainian Prism” Sergiy Gerasymchuk and Research Fellow and Manager, Ukraine Forum at Chatham House Orysia Lutsevych analyzed the impact of election results. Within the project supported by The Black Sea Trust.

A record 73% of voters cast ballots for a complete political novice in Volodymyr Zelenskyi for president of Ukraine. He rallied voters against the old system and harnessed anti-elitist sentiment and disillusionment from the unfulfilled promises of the protests of 2014.

Over 60% of the total Ukrainian population voted because they believed their choice could have real impact; 30 per cent of Zelenskyi’s supporters were youth under 30. Despite Russian claims that the southeast of Ukraine was disenfranchised and had no choice, the turnout in the Kyiv-controlled Donetsk oblast increased almost by 40% compared to the 2014 election. Similarly, many more Ukrainians voted in Luhansk and Kharkiv oblasts.

For the first time since the independence the southeast had a real choice. In the first round, former Party of Regions and now Opposition Bloc leader Yuriy Boyko was level-pegging with Zelenskyi. Citizens felt they were an integral part of the national political process and Zelenskyi won there due to anti-corruption sentiments rather than on a pro-Russian agenda.

Zelenskyi’s victory also exposes flaws in Ukraine’s political system. With no ideologically structured parties as well as the fusion of vested interests and politics, private media has become an instrument of political revenge rather than a source of information. Zelenskyi hacked this system. The collapse of pro-reform parties due to the unpopularity of the reforms they were pushing, along with Russian disinformation, left the door wide open for him.

This differed from any other political campaign in Ukraine to date. Zelenskyi kept silent regarding the sensitive issues that could split his electorate. As a result, he won a strong mandate to change Ukraine’s policy direction without explicit expression of proposed actions. Ukrainians entrusted leadership to the person, who is completely unpredictable. Such ambiguity is risky in any political system, not to mention Ukraine’s fragile democracy, which is facing aggression from Russia and backlash of strong anti-reformist groups.

Ukraine is a parliamentary-presidential republic where the role of the parliament is essential. In the coming months both the new president and his opponents will focus on the parliamentary elections, scheduled for October. To govern effectively the president needs a like-minded coalition of forces.

To set a more level playing field for new pro-reform parties to enter politics and limit the influence of corrupt cash, electoral reform is therefore urgent. A new electoral code that introduces proportional open party lists was voted in on the first reading in 2018, but the process stalled. A proportional party system would make it more difficult for local tycoons to buy votes and manipulate public opinion. Voters would be able to support both the party and individual candidates nominated by the party from the list. This would strengthen citizens’ capacity to delegate to representatives they trust.  The parliament needs to strengthen its oversight over the executive. If it does and a new pro-reform coalition emerges, then democratic reforms can be accomplished.

Ukraine’s most efficient and effective reforms have been in decentralizing government, in healthcare, in the banking sector, in new anti-corruption infrastructure and in the revamp of the civil service. Ukraine’s armed forces and new police force are more capable of defending the country from internal threats and Russian aggression.

At the individual level however, people did not feel improvement in their daily lives. Increases in utility prices, the devaluation of the currency and the impact of the war with Russia with its accompanying trade embargoes hit the economy. Real GDP growth of 2.8 per cent did not offset these losses. Opinion polls show appetite for a more populist agenda rather than a continuation of ‘shock therapy’.

What Ukraine’s economy desperately needs now is to jumpstart its growth.  Macroeconomic stability, combined with an improved investment climate, support for Ukraine’s small- and medium-sized enterprises, deregulation and an inflow of affordable capital as the result of stronger rule of law could help end the ‘era of poverty’, as Zelenskyi promised during his campaign. Anti-trust and anti-monopoly regulations must limit the control of tycoons, who still dominate many sectors of the economy.

Ukrainians believe the system is rigged and unjust

The main demand of the Euromaidan protests was to build a fair political system, based on the rule of law. According to a March Gallup poll, Ukrainians have one of the lowest levels of trust in their political institutions worldwide.

Outgoing president Petro Poroshenko’s record on judiciary reform was especially poor. One Kyiv-based court consistently obstructs reformist ministers and has undermined one of the most important banking clean-ups – the nationalization of Privat Bank. None of the high-profile investigations by the National Anticorruption Bureau were completed with a fair trial and convictions. Only 16% of Ukrainians trust the courts.

Zelenskyi has created expectations that he can solve this problem quickly. In reality, reform of the prosecutor’s office will be problematic; the newly created High Anti-Corruption Court is in a better position to strengthen accountability. The trap is that an unreformed judiciary could be used for selective prosecution and political revenge between different political groups. Zelenskyi must avoid this to maintain Ukraine’s course of democratic reforms.