Nowadays, an analysis of what has been achieved within the framework of the Eastern Partnership, as well as its new conceptual setting, is desperately needed. 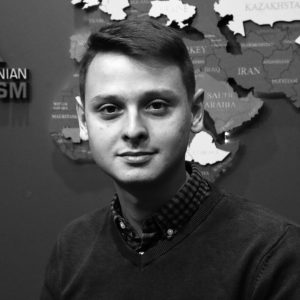 In 2022, the Eastern Partnership has reached an essential point in its existence. The growing political instability in the region and the deepening of global confrontation push the EU to adjust the principles of its external actions. In addition, the conditions that determine the neighbors’ expectations of United Europe have changed, and the peculiarities of the political regimes in many European countries vary. Nowadays, an analysis of what has been achieved within the framework of the Eastern Partnership, as well as its new conceptual setting, is desperately needed.

Was this EU policy, established more than a decade ago for creating a stable and prosperous environment around the bloc, successful? At first glance, the answer would be no, because the most extensive hostilities since the Second World War is raging on the borders of United Europe, and waves of refugees alongside with an energy crisis caused by the aggressive behavior of the Kremlin dictatorship are heading west. In addition, most of the countries participating in the Eastern Partnership have temporarily occupied territories, two are only on the way to a peace agreement between each other, and one has finally become a hostage of a brutal autocracy that squeezes out any dissent and drifts away from Europe. However, these circumstances are not a consequence of the Eastern Partnership. Most of these problems are a severe result of the coexistence of the states of Central-Eastern Europe alongside the Russian Empire, which has not abandoned its anachronistic dreams of seizing territories and spreading spheres of influence. And all these conditions are a challenge for the EU’s neighbourhood policy.

Instead, for more than a decade, the Eastern Partnership has been providing new opportunities for states to develop and achieve more ambitious foreign policy goals, and for citizens – hopes for designing more just and inclusive societies. This policy opened opportunities for broader cooperation with the EU while preserving the national interests of each country. For Georgia, Moldova and Ukraine, the Eastern Partnership, in particular, has become an important platform for expressing European integration aspirations and preparing for the EU membership candidate status. In the case of Armenia and Azerbaijan, Brussels’ constant contact with the governments of both countries facilitated the involvement of European institutions in establishing peace talks between them. In addition, the Eastern Partnership at one time became a new framework for establishing and developing regional cooperation. The countries covered by this policy were united by a common course of reforms, similar project tasks and the formation of a new civil network.

Europe and the world are no longer what they were when the Eastern Partnership was launched. Georgia, Moldova and Ukraine set out on the path with clear conditions for EU membership, highlighting the different approaches of regional actors to the policy’s goals. The Central-Eastern European region targeted by the neighbourhood policy has become an area of ​​political instability and even physical danger. However, such dramatic changes are not a reason to cancel this format.

In 2020, amid the pandemic, the EU demonstrated its ability to respond to new challenges by elaborating the new ambitious agenda of the Eastern Partnership in the Joint Staff Working Document – ​​Recovery, Resilience and Reform. However, after that new challenges emerged much faster than expected. Against the background of international chaos, established relations between the countries of the region and the EU can become a factor in achieving sustainable conditions for the further interaction between governments and societies, as well as a platform for the joint overcoming of challenges that arise constantly. At the same time, the Eastern Partnership can remain an additional tool for projecting the influence of European institutions on reforms in the EU accession countries from Central and Eastern Europe, an effective platform for the implementation of new projects with Armenia and Azerbaijan, a format for consolidated support of civil society in Belarus in its struggle for freedom and democracy.

In addition, the comprehensive neighbourhood policy is, in particular, a tool for strengthening the resilience of the EU and the countries of the region. In the economic dimension, the effective projects of the Eastern Partnership can help the states of Central and Eastern Europe, primarily Ukraine, to overcome the destructive consequences of the war unleashed by Russia. In addition, improved infrastructure within the framework of this policy (both domestically and internationally) and implemented business development projects can strengthen the ability of governments and societies to resist external economic blackmail. In the political dimension, the Eastern Partnership should continue to be a platform for regional consolidation and coordination of a shared vision of challenges and interests amid growing global instability.

At the same time, the updated EU neighbourhood policy must meet the goals of European institutions in the foreign policy arena. It should be the result of prompt and bold diplomatic actions and strengthen Europe as an international player. At the same time, it cannot be said that all these conditions change the initial goal of the Eastern Partnership to create a stable environment around United Europe. This aim remains valid. New global circumstances require new instruments of neighbourhood policy. In particular, it should now focus more on the security component, both at the level of the region and states, and at the level of individuals. Protection against threats should be a mandatory component and, at the same time, one of the goals of every project within the framework of the Eastern Partnership: from solid infrastructure initiatives to people-to-people contacts.

This report is dedicated to summarizing the interim results of the Eastern Partnership in the five countries of the policy in the recent years and, consequently, the current perception of the prospects of the format in each of them. Based on information about the achievements and expectations of the EU’s neighbourhood policy, experts from Armenia, Azerbaijan, Georgia, Moldova and Ukraine presented a national vision of the Eastern Partnership future. Unfortunately, Belarus is not included in the analysis, because today the state is captured by an authoritarian regime, which effectively terminated relations with the EU and began the destruction of previous efforts in this direction. The only available form of cooperation for European institutions in this context remains the support of the country’s independent civil society.

The project benefits from support through the EaP Civil Society Forum Re-granting Scheme (FSTP) to Members and is funded by the European Union as part of its support to civil society in the region. Within its Re-granting Scheme, the Eastern Partnership Civil Society Forum (EaP CSF) supports projects of its members that contribute to achieving the mission and objectives of the Forum.

Grants are available for CSOs from the Eastern Partnership and EU countries. Key areas of support are democracy and human rights, economic integration, environment and energy, contacts between people, and social and labour policies.