As a milestone for the EU’s Eastern Partnership programme, the upcoming EaP summit in May 2020 will be an opportunity for serious consideration of environmental challenges.

This effort will most certainly include the ‘greening’ of EaP policy, with a more ambitious approach based on the imperative for adopting policies to address climate change and safeguard the environment. As an illustration of this trend, a recent French proposal calls for the dedication of up to half of total EaP funding for climate change and environmental protection.

Such a proposal strengthens the likelihood that there will be a stronger and sustained commitment to environmental aspects of the EaP that go beyond existing structures and significantly surpass prior commitments. This will include issues beyond CO2 reduction, and cover the areas of transport, energy security and efficiency, and environmental problems while recognising their cross-border and international dimension.

However, there are some structural problems in the Eastern Partnership countries that may limit concrete action, making it necessary to increase public awareness and interest within the EaP countries and to promote education and awareness of climate change, while encouraging greater political will among EaP states to act. 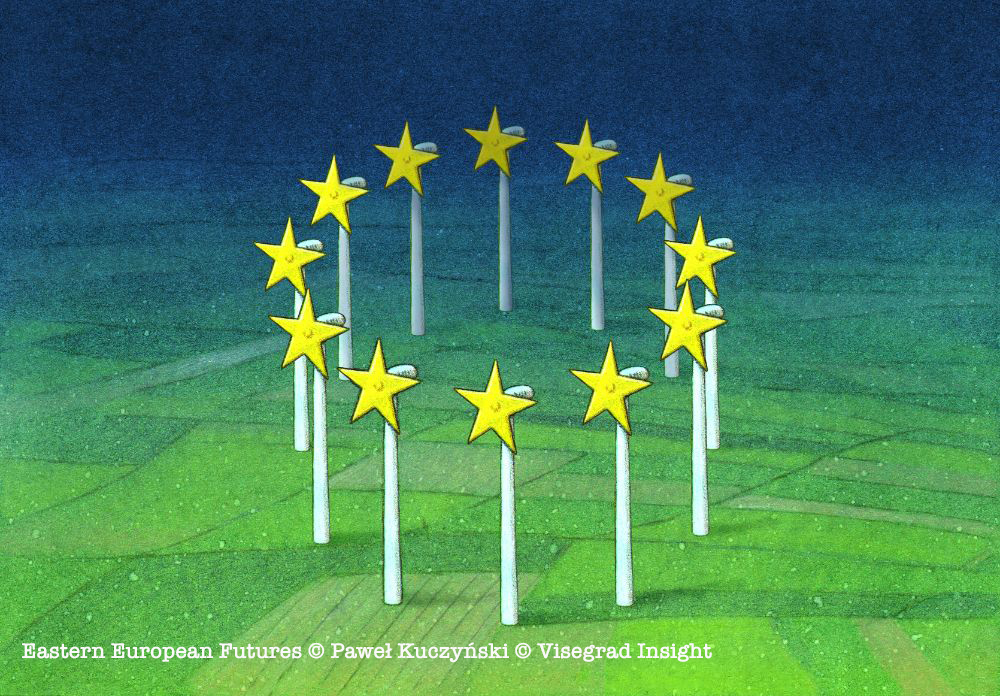 As an important component of Armenian-EU relations, Armenia’s government has been actively engaged in cooperating with the EU regarding environmental protection, with specific commitments in the areas of energy efficiency, renewable and alternative energy, such as solar and wind power, forestry protection, and safeguarding air and water quality.

Several disputes related to ecology and the protection of the environment, including many legacy incidents in the mining sector and nuclear energy inherited from previous governments, have been policy priorities for the Armenian government. Other critical national issues, including the need for better protection of water reservoirs, and Lake Sevan, have assumed greater importance and even enhanced recognition as security concerns in recent years. Faced with the necessity to balance the demands of economic activity, and especially in the mining sector, against the environmental impact from such industry, the Armenian government is also committed to the reduction of carbon emissions and the importance of the consequences of climate change, which has impacted Armenian ecology especially hard, as evident in the onset of desertification, for example.

As a major energy producer, Azerbaijan has a poor record of enforcing environmental safeguards, most notably evident in the damage from the mismanagement of its now depleted oil deposits, and the environmental damage inflicted during the construction of intrusive oil and gas pipelines. Beyond its weak environmental record, in terms of climate trends, Azerbaijan has certainly been the most difficult partner among the EaP countries. Being highly dependent on fossil fuels and their export revenues, Azerbaijan has very little motivation to engage in efforts promoting energy efficiency. Over the long-term, however, the need for greater diversification of the economy may offer an important incentive to persuade Azerbaijan to invest more in sustainable governance and renewable energy resources in the future, while investing in renewables and the protection of the environment in order to tackle pressing issues such as deforestation and oil-related pollution.

For Belarus, relations with the EU, as well as environmental protection and efforts to tackle climate change have been dependent on the will of the authoritarian Lukashenko government. The country has been turning to the West recently, however, largely driven by the need to balance against Russia and to attract Western investment, offering greater flexibility to address a wider range of issues with the EU, including the environment. As in the case of other EaP countries, the EU has been active especially in the sphere of energy efficiency, but also transport and air quality. For Belarus, these areas may be attractive and an especially important issue will be nuclear safety, in light of the planned nuclear power station, which will offer Belarus with an important chance to diversify its energy sector and decrease the percentage of electricity produced from coal and gas in order to lessen dependence on Russia.

Georgia is a leading country of the EaP and remains committed to expanding relations with the EU. While it has also continuously expressed its European aspirations and willingness to become an EU member, it continues to face severe problems with the quality of air, water as well as waste management, which will motivate Georgia to cooperate with the EU on sustainability and climate action in the future. At the same time, the Georgian government has been investing in its energy security and efficiency, including becoming more self-sufficient. In its energy mix, hydro-power plays an increasingly important role, but too often at the expense of the environment.

Moldova has a complicated partnership with the EU, which is also evident over the issue of environmental protection. There is an opportunity for progress, however, with EU support in the specific areas of ‘green’ energy policies and supporting the reduction of CO2 emissions, providing access to drinking water and energy security. Moldova is particularly vulnerable to climate change because it is highly dependent on its agricultural sector and plans to cut its greenhouse gas (GHG) emission by 70% and seeks to increase the share of renewables in its energy sector.

As the largest EaP country, and the most insecure, Ukraine remains the priority focus of the EaP. In terms of energy and environmental issues, Ukraine has serious problems with waste management, and the low quality of air, water and soil, and energy security and efficiency are already important role as a part of the E5P initiative. The Commission’s “Green New Deal” is perceived as an opportunity in Ukraine, which wants to move towards more sustainability and tackling climate change. Achieving a goal of 25% of renewables in the national energy plan by 2035 (compared to 11% in 2020) illustrates a limited but concrete commitment by the new Ukrainian government. Ukrainian membership in the Energy Community Treaty and the establishment of the Energy Efficiency Fund give further hope for sustained progress as well.