Despite three decades of independence, the Eastern Partnership countries are still plagued by insecurity, driven by political weakness due to authoritarian rule or incomplete democracy, external pressure, largely from Russia, and due to unresolved or frozen conflicts.

The Eastern Partnership countries are also subject to competition and confrontation between rival regional economic and security projects, such as the Eurasian Economic Union (EAEU), the Collective Security Treaty Organization (CSTO), and NATO’s Partnership for Peace (PfP).

One of the more demonstrable and disturbing trends in security is the militarisation and expansion of military spending, due to the recent (frozen) conflicts and the destructive influence of Russia, as well as from declining trust in the security promises made Western and international institutions.

Security provisions in terms of closer integration with the EU and aspirations of NATO membership are important, but not enough to satisfy the security demands of the EaP countries. This has prompted a search for alternative sources of security among other security partners to counter-balance threats, such as Turkey, Iran and China. These trends have also contributed to a split among the EaP countries, as some seek Western security while others are more accommodating to Russia. 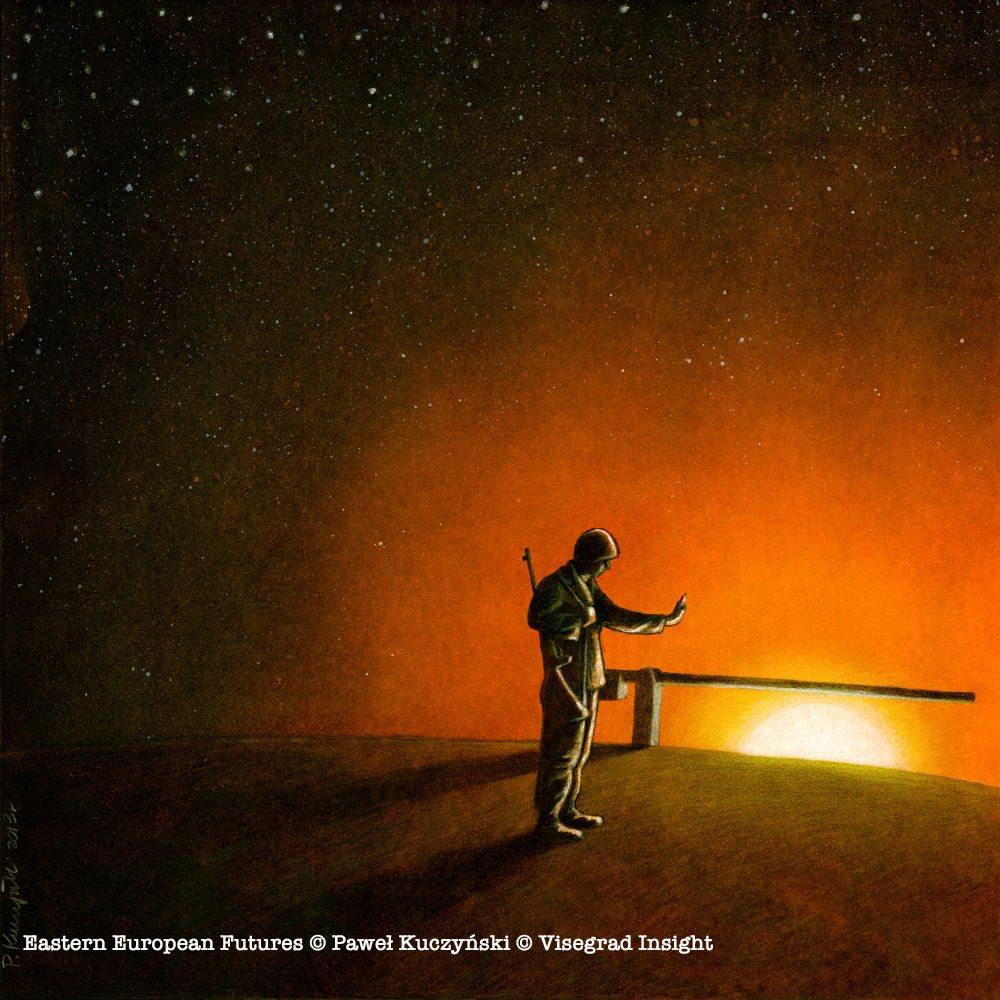 Armenia’s security remains dominated by the dynamic of the unresolved Nagorno Karabakh conflict, which due to little chance for de-escalation, drives both militarisation and army modernisation, as well as deeper economic and strategic cooperation with Russia. Despite recent gains in democracy and reform, Armenian security priorities remain unchanged, manifested through close cooperation with Russia and the protection and promotion of its position defending Nagorno Karabakh. This also motivates Armenian membership of the Eurasian Economic Union and the CSTO, as well as its hosting of a Russian military base. Armenia also faces additional security threats, however, from demography, and economic weakness.

Like Armenia, the conflict over Nagorno Karabakh is the main trend in Azerbaijan’s security, encouraging a surge in defence spending and a virtual ‘arms race’ with Armenia, while also deepening the militarization of society. After a successful military attack in 2016, Azerbaijan may be tempted to restart fighting and there is repeated violation of a ceasefire with Armenia and Nagorno Karabakh. At the same time, the country’s authoritarian regime prevents more intensive political alignment or integration with the West, presenting another trend of distancing its political relations with the West and following a stronger orientation with Turkey. Recent developments suggest a process of authoritarian transition, with shifting internal elites and clans, which may trigger serious political turbulence in Azerbaijan.

For Belarus, security is threatened by pressure from Russia for closer integration and for Belarus to join a new “Union State” with Russia. Additional trends in security stem from growing Russian influence in security issues, the need to preserve the authoritarian regime with a possible attempt for a planned but risky transition of power. Belarus is an absolute exception among EaP countries in the case of security, because of its homogeneous ethnic composition and lack of any domestic and external conflicts. At the same time, the authoritarian regime is weakened by its critical economic and political dependence on Russia and if there is any substantial change in political leadership, Russian interference may be encouraged in Belarus.

Security for Georgia is based on the prioritised pursuit of deeper cooperation with NATO and the West, although security threats come from domestic instability, the permanent tension between Georgia and the breakaway regions of South Ossetia and Abkhazia, as well as with Russia, and further militarisation of the country. Although NATO membership seems an increasingly remote possibility, the country’s closer alignment with the West also offers clear military benefits and will only strengthen defence reform and modernisation. Georgia is still vulnerable in security due to permanent domestic political crises, political protests and frozen conflicts, with a steady erosion of public trust and confidence in the state and for the Georgian political elite. In turn, that may lead to a new questioning of democracy. While there has been a demonstrable reduction in corruption, the economic situation remains weak, and widening divisions in wealth and income threaten social and economic stability within Georgia.

The major security trend in Moldova stems from the domestic political conflict between a political group with a clear pro-Russian position that seeks cooperation with Russia and the Eurasian Economic Union, and a more reformist pro-European force. This division offers an opening for Russia to take advantage of the situation. One notable example of a political opportunity for Russian interference is the role of current Moldovan President Igor Dodon, who advocates an openly pro-Russian position and receives wide economic and political support to support the Kremlin. With this advantage, Moscow is expected to make additional efforts to bring Moldova into the Eurasian Economic Union and will use their political supporters and partners for this project. Such Russian activity in Moldova could lead to a freezing of political projects with EU, which Moscow may exploit to argue that the EU is an unreliable partner for the EaP countries.

In addition, the burden of the Transnistrian conflict also provides an effective instrument of leverage, enabling Russian pressure and influence over Moldova. Energy security is also an important consideration for Moldova, and the issue has received greater attention in recent years.

The obvious and most pressing trend in Ukraine’s security is the loss of Crimea, which was annexed by Russia and the ongoing war in Eastern Ukraine, also with direct Russian military involvement and engagement and militarily supporting proxy forces in the east. Other related Russian attempts to undermine and weaken Ukraine include a wide range of measures, such as hybrid warfare that encompasses cyber-attacks against critical infrastructure and media disinformation campaigns, as well as efforts to promote pro-Russian political forces within Ukraine. Overall, the ongoing conflict and sporadic open warfare with Russia and the forces it supports militarily in the Eastern portions of the country will continue to be the main factors that will define Ukrainian security priorities for the next ten years.