The Last Frontier and Navy (In)Security 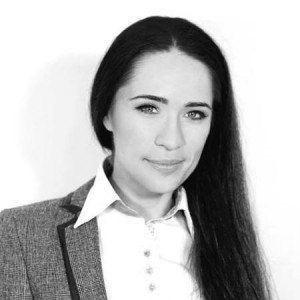 Surveying Alaska’s picturesque landscape, observing its fantastic wildlife, with only three available roads connecting cities and most of the destinations accessible only by small airplanes – the last thing you want to think of there are military challenges. But is the Last Frontier really secure?

Being from the littoral region of a country in a conflict, as I am in Ukraine, you always try to compare the perceptions of, and reactions to, the security challenges or possible threats that other border regions have. Alaska presents a unique case: separated from the mainland United States, with Russia at its doorstep (two closest islands are 1.2 miles away from each other), and witnessing recent Chinese military buildup in Pacific, Alaska looks as if has very poor military readiness compared to other U.S. coasts, and seems indifferent to international security problems and challenges. Meeting FBI and National Guard representatives, you get a feeling that it is the FBI that really cares about Alaska’s security and is ready to response to such challenges. Terrorism, natural and man-made disasters, and emergencies related to oil extraction seem to be the biggest potential challenges the state faces.

Alaskans’ seeming indifference likely stems from its geography. Many people appear to share the attitude that if attacked, their climate, wastelands and their absence of roads would be their best “defense mechanisms.” However, this stance seems increasingly untenable considering the current international discourse on Arctic security and recent Russian violations of the territorial integrity of its neighboring states.

What surprises one even more is that with all the U.S. strategic build-up, it looks as if there is an absence of a real interest in Alaska’s military development. From 1,145,932 U.S. soldiers deployed within the U.S. (all data is from the US Department of Defense, as of September 2015), only 17,838 are in Alaska (compared to 46,764 in Hawaii). From this, most belong to the Air Forces and Army, while the Navy represents only 77 persons. Even more de facto, it is United States Coast Guard, which commands the U.S. Naval Forces in Alaska, that accomplishes both peacetime and wartime naval tasks in the state, with a permanent stationing of small ships such as cutters and patrol boats suitable for rescue operations but not military tasks. Moreover, there have been no Coast Guard bases on the Western Coast since the Adak base was closed in 1997 due to the warming relations with neighbors.

Alaskan military base establishments were “lessons learned” after World War II. As threats were minimized, a process that accelerated at the end of the Cold War, the decrease in security installations occurred. The Alaskan Sea Frontier was de-activated in 1971 as part of post-Vietnam military reductions. Responsibility for defense was transferred to U.S. Pacific Command with a Headquarter in Hawaii – almost 2000 miles away (about a 3-day voyage). While enhancing its presence near Chinese borders, in Japan and South Korea, the U.S. has not paid attention to its own shores.

The prospect that Russia will attack the U.S. is a worst-case scenario with a low probability. One cannot forget, however, about “human factor incidents” that provoke greater conflicts, about “bullying” tactics that many NATO countries experience in the Northern Sea and Baltics, a strategic competition over the Arctic and its possible militarization, and so called “strategic deployment,” which aims to prevent negative developments. Considering that many Russian politicians been urging Russia to “to return back Alaska after Crimea is back”, we should nonetheless carefully pay attention to all possible scenarios and evaluate capabilities.