Russia does not clearly outline the perimeter of its vital interests, perhaps in an attempt to preserve some strategic ambiguity for NATO. 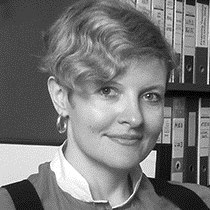 The article offers analysis of Russia’s military strategy based on the text of the Military Doctrine 2014 as well as the Kremlin’s public rhetoric. The issues of Russia’s identity as well as its vital interests and military development and engineering are touched upon. On the other hand, the United States’ National Security Strategy 2015 is regarded as a key element to understanding American intentions and resolve in response to the Russia’s challenge. The Ukrainian conflict is presented as a key element of Russia’s strategy.

Russia’s Military Doctrine and Strategic Worldview The year of 2015 was marked by aggravation of the international relations’ conflict level, as well as publication of the main defence documents by Russia and the United States. Both documents presented updates of basic interests and security challenges these countries define in the modern security architecture. They also reflect shifts and changes in the international political environment that have taken place in the last two years. Russia’s Military Doctrine was presented on December 29, 2014, on the New Year’s Eve, as if the Kremlin did not want to share it with the world. Still, it became known to the wider public in the beginning of 2015; that is why it is reasonable to regard the Document as the event of 2015.

Russia does not clearly outline the perimeter of its vital interests, perhaps in an attempt to preserve some strategic ambiguity for NATO.